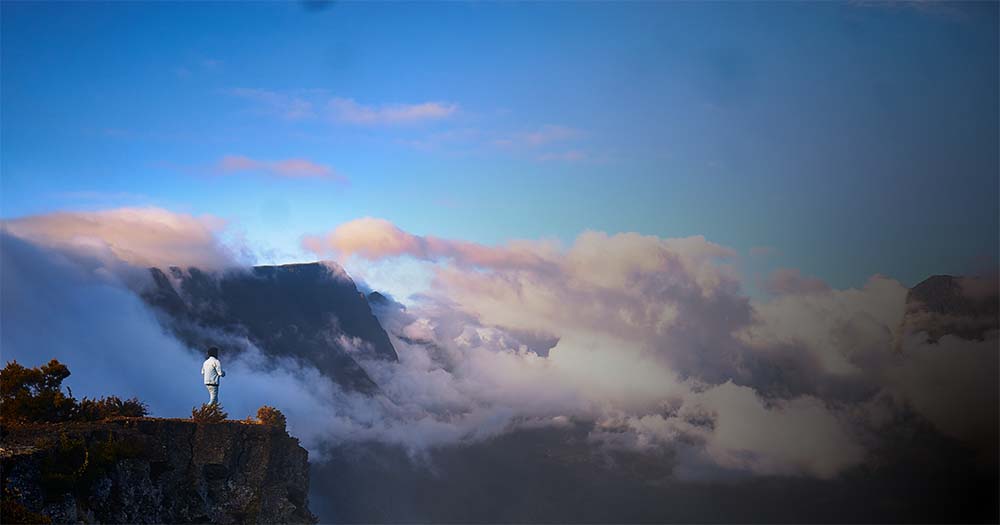 Edge computing is one of those terms that produce a reluctant nod representing some vague recognition of the term but leaves a big disconnect between the term and real-world examples. So — let’s sort things out.

What is edge computing?

The term edge computing refers to the concept of placing computers hosting applications and data geographically close to the end-users and machines that interact with them – at the edge of the network.

Examples of applications that are fit to run at the edge include journal management systems in hospitals, video analytics applications in retail stores, and production line control systems on factory floors. Or any applications that benefit from running close to the environment in which they are expected to contribute value.

The two histories of edge computing

To understand the impact of edge computing in modern infrastructure, it’s helpful to look at where it’s coming from. The history of modern computers starts with the mainframe and time-sharing era of the 1950s and 1960s, where large computers ran batched calculations in labs. Through micro-computers for individual use in homes and workplaces in the 1970s. The microcomputers eventually led to the Personal Computer revolution in the 1980s. And with the massive sea change brought about by the internet, we eventually ended up with cloud computing starting in the 90s, where the computing and storage resources of massive amounts of computers in centralized locations are made available on demand without active management by the user.

As the 2010s rolled around there was a gradual increase in usage of the term “edge compute” to capture the increased focus on the value of running applications for data processing closer to the users and machines.

Stepping back, we can think of the history of what we now call edge computing from two angles.

The edge that has always been around

Throughout history, there has always been the need to do computations across many locations. An example is the cash register. Patented in 1883 it came about to help with the addition of items and to produce a printed record of sales transactions in the form of a receipt to avoid embezzlement. And 90 years later, in 1973, the first Electronic Cash Register (ECR) was installed with networking capabilities. This meant that the computational machine that had been plodding along disconnected all those years had now found a way to phone home and share data with a central location.

Needless to say, James Ritty, the inventor of the first cash register (beautifully named the “Incorruptible Cashier”) did not think of his invention as edge computing.

Edge as the answer to the increase in internet traffic

The specific label “edge computing” itself came about to describe a technical solution in the 1990s to what was then a problem based on the explosive growth of internet traffic and the web.

As the web became mainstream, the people tasked with operating websites experienced what they called the “flash crowd” problem. The traffic load from the ever-increasing amount of website visitors exceeded the capacity provided by commercially available servers and resulted in sites crashing or serving the web content very slowly.

A startup called Akamai came up with a solution. Their idea was to place the web copies of the content on many servers closer to users and serve a subset of the user population from each location. By putting the content close to the “edge” of the internet, they could provide faster service for users by serving the content from nearby servers.

The main benefits of edge computing come out of the inherent properties of an architecture that places computers close to users and sources of data. With the snowballing growth of decentralized data sources, many follow-on challenges around privacy, autonomy, performance, and economics are addressed by such an architecture.

Perhaps the most confusing aspect of the term edge computing is that it is a broad enough concept that it is used to describe a very wide variety of real-world scenarios. We can make a simple classification based on the size, location, and purpose of the compute locations.

A regional edge location is an extension of the central cloud in that it is managed and offered using a cloud operating model. We can think of these locations as smaller versions of the very large hyper-scaler data centers that offer the same kind of infrastructure services, just with less compute resources and in more places. They are located before the last mile network to your compute edge (see below) location.

This is sometimes also known as cloud edge, referencing the network edge of the cloud provider.

The on-site compute edge can be said to be as far as general computer platforms go, i.e. computers running mainstream operating systems, and are configured to be able to run a multitude of applications at the same time. These types of locations are small enough that they can’t offer all the services provided by the central and regional clouds, and usually have hard limits on the available compute and storage. The type of compute hosts range from single small embedded devices to racks of servers. The essential characteristic is that it runs within the enterprise premise and uses the local network.

The compute infrastructure is usually owned and managed by the enterprise, but there are hybrid models where cloud providers put managed compute hosts within an organization’s premises.

The device edge can be said to comprise all the smart devices connected to the physical world and sending and receiving large amounts of data to and from devices for processing and analysis. They are typically not based on general compute hosts but have limited compute resources and are in many cases updated with firmware-style software, including both the operating system and specific applications.

Another common term for these kinds of systems of physical devices is the Internet of Things (IoT) devices.